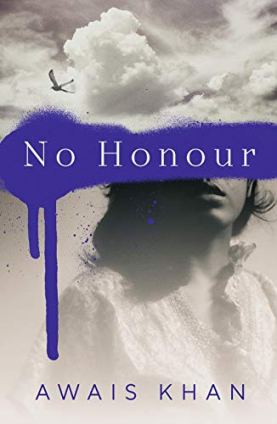 In sixteen-year-old Abida’s small Pakistani village, there are age-old rules to live by, and her family’s honour to protect. And, yet, her spirit is defiant and she yearns to make a home with the man she loves.  When the unthinkable happens, Abida faces the same fate as other young girls who have chosen unacceptable alliances – certain, public death. Fired by a fierce determination to resist everything she knows to be wrong about the society into which she was born, and aided by her devoted father, Jamil, who puts his own life on the line to help her, she escapes to Lahore and then disappears. Jamil goes to Lahore in search of Abida – a city where the prejudices that dominate their village take on a new and horrifying form – and father and daughter are caught in a world from which they may never escape.

Having reviewed Awais Khan’s previous book The Company Of Strangers and been incredibly impressed with the deftness of touch in his writing, I was more than excited to delve into this one. What lay in wait for me was a tale imbued with profound sadness and exploitation, that was by turns shocking, highly emotive, incredibly moving, but ultimately tinged with the themes of hope and reconciliation.

Perhaps, the first thing that should be applauded with this book is Khan’s bravery in tackling a number of taboo issues not only linked with the concept of ‘honour’ in Pakistan society, but his willingness to write honestly and unflinchingly about his own country. To a western sensibility it seems unthinkable that such an outdated and frankly brutal system of female oppression is still practiced so widely across Pakistan and other countries, not only in rural communities but in the larger cities too. We see not only the fate of other young girls, and the gradual subjugation of the formerly vivacious and carefree Abida, under sentence of death in her village for becoming pregnant outside wedlock, and cannot help but despair of such patriarchal domination. Khan has a natural aptitude to hold the reader in the palm of his hand heightening our feelings of moral outrage and despair at what we are witnessing, and ensuring our complete investment in Abida and her fate. As Abida herself says,

“There had been a lot of noise in the government about cracking down on those who killed for honour, but that’s what she had never understood. Honour. A word that had brought death to countless girls. How was that a bunch of men sitting under a peepal tree got to decide whether a woman was honourable or not?”

Not that Abida’s outlook improves as the book progresses, where her persecution continues at the hands of both exploitative men and women, and we bear witness to the decline and destruction of mind and body she undergoes as her situation worsens. Escape seems an impossible hope. I was genuinely moved by Khan’s depiction of a life undone by abuse and suppression, but such is Abida’s inner courage, bruised but not completely broken, that has us hoping for the best for her. As the book progresses it appears her salvation and ultimate fate lays in the hands of her father Jamil, who I found to be the most complex and sensitive character in the book, and whose personal sacrifices, are so strictly at odds with the patriarchal community he inhabits. If ever a man was to prove that a father’s love can outweigh any adversity Jamil is a living exemplar of this, and what Khan shows so beautifully is the emotional, moral and physical turmoil he undergoes, as he uproots from his rural community to the urban sprawl of Lahore to try and rescue his daughter. Jamil is a man caught in a quandary effectively constrained by tradition, but also with the bravery to question and challenge a system that so effectively subjugates women, drawing on his own roots, his respect for his mother and his own sense of moral responsibility and familial loyalty.

Khan’s depiction of both Abida’s home in Khan Wala village and the pulsating energy and widescale deprivation of Lahore, is beautifully rendered, drawing on our senses and imagination to picture the places that so fundamentally shape and damage Abida as the story progresses. With the technicolour descriptions of the scale of  the grinding poverty, pollution and unsanitary conditions of Lahore, the city is brought powerfully to life. It effectively underpins the hopelessness and grim reality of  both Abida’s situation, and heightens the reader’s sensitivity to the intrinsic danger and possible futility of Jamil’s heroic quest in navigating this hostile environment.

With Khan’s assured control of the narrative and the sensitive, but very realistic, depiction of his characters, I was incredibly moved by No Honour, and completely invested in the lives of the characters throughout. Yes, at times this was incredibly difficult to read due to the sheer emotion and brutality that is a necessary part of bringing Abida’s travails to life, but to look away is to deny the sacrifice and exploitation of women struggling to be seen and heard in a society that has no place for them beyond the most basic recognition. A powerful and emotive read that really opens up a world beyond our understanding in a beautiful and prosaic style. Highly recommended.

Awais Khan is a graduate of the University of Western Ontario and Durham University. He has studied creative writing with Faber Academy. His debut novel, In the Company of Strangers, was published to much critical acclaim and he regularly appears on TV and Radio. Awais also teaches a popular online creative writing course to aspiring writers around the world. He is currently working on his third book. When not working, he has his nose buried in a book. He lives in Lahore.

(With thanks to Orenda Books for the ARC)
Missed a post? Catch up at these excellent sites: 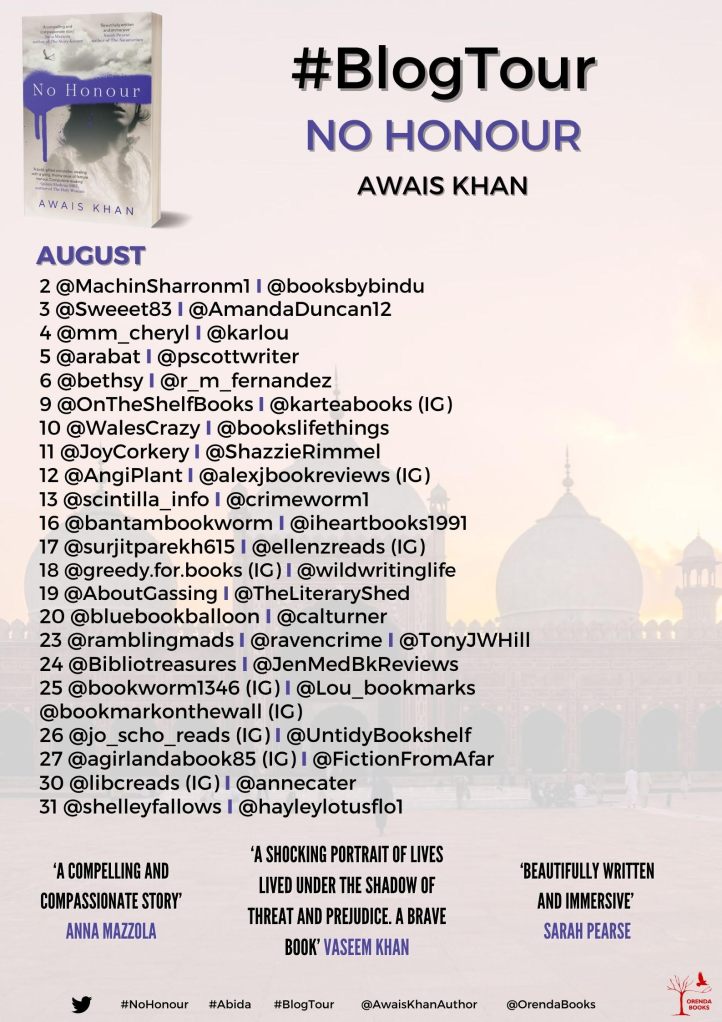