As the end of 2015 approaches, it is time to look back in awe and wonder at some of the books that have thrilled and entertained the Raven over the last twelve months. With approximately 125 crime books read, and not far off 100 reviews posted, this year has heralded a bumper crop of exciting crime reads, A slew of brilliant debuts including Oscar de Muriel- The Strings of Murder, Tom Callaghan’s The Killing Winter, Ragnar Jonasson’s Snowblind and David Young’s Stasi Child, and great new offerings from established names such as Mari Hannah, Steve Mosby, William Shaw, Simon Toyne and Malcolm Mackay have been a joy to read.  So here are the highlights and lowlights of the year…

With the constant influx of books I receive as a blogger, full time bookseller, and my day off job as a volunteer in a charity book shop, there is never a shortage of reading material accumulated in the teetering to be read mountain! Hence the need for the 40-page rule. If a book has failed to ignite my interest within this page count, I’m afraid it is discarded, passed on to others, or fulfils it’s charitable duty as a donation to the shop mentioned above. The parameters for a book’s untimely fate vary- clichéd, overwritten, one-dimensional characters, too much similarity to another book, obvious plot turns or killers, and if anyone mentions someone opening a door in their underwear, all hope is lost. I usually manage to read nearer 200 books in a year so a fairly hefty count of 42 non-starters have impeded my reading. Unusually for someone known for their bluntness, in the good spirit of Christmas I’m naming no names, but rest assured your books have found a good home elsewhere…

THE MOST HYPED CRIME GENRE OF THE YEAR

It seems that only by dwelling at the outer reaches of the Arctic Circle could you escape the hype surrounding The Girl On The Train by Paula Hawkins. And yet the Raven was unmoved by the sheer intensity of the praise heaped upon this book on its release, and the ensuing avalanche of ‘domestic noir’ thrillers that it helped spawn. There again I didn’t like Gone Girl either. I am the domestic noir Grinch. Enough already.

WORDS FAILED ME (BUT IN A GOOD WAY)

As a non-professional reviewer and a casual blogger, sometimes a book utterly defeats any talent for reviewing that you believe you possess! One such book this year was Russ Litten’s Kingdom. Having waxed lyrical about Litten’s previous book Swear Down which was terrific, I was incredibly excited to receive Kingdom to review. I was totally in its thrall from start to finish, but when it came to the depth of this reading experience, the majesty of the language, the emotional intensity, and sheer cleverness of the whole affair, words defeated me. Completely. Too marvellous for words.

TURNING MY BACK ON CRIME (OCCASIONALLY)

It may be hard to believe, but yes, I do quite often read books that are not crime. Yes really. So three stand-out fiction reads for me this year would be Kevin Barry’s Beatlebone, where the voice of the late lamented John Lennon sang from every page, The Reader On The 6.47 by Jean-Paul Didierlaurent, a beautiful French novel with echoes of Patrick Modiano, and Glenn Taylor’s A Hanging At Cinder Bottom, an American writer who never disappoints in his characterisation and crackling dialogue.

And so to the awards ceremony….cue fanfare….and in a break from tradition not all of these were nominated as books of the month at the time, but have stayed in my head, popping up in unguarded moments…

RAVEN’S TOP 5 BOOKS OF THE YEAR

Click on the book jackets to read the reviews. 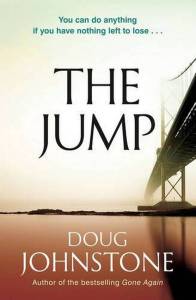 3. MATTHEW FRANK-IF I SHOULD DIE

2. ANTTI TUOMAINEN- DARK AS MY HEART 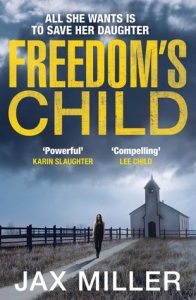 In a strange instance of premonition, I ended my review of Freedom’s Child saying that it would possibly be my book of the year. Lean prose, a laconic and rhythmical style and an utterly compelling central character in the shape of the emotionally damaged Freedom. A brilliant and unforgettable debut.