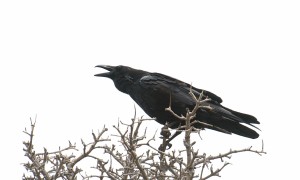 And so November is but a distant memory, and the Yuletide season is upon us, welcome news for just about everybody, unless you work in retail. It strikes fear into many a heart when people who obviously never shop during the course of the year suddenly emerge blinking into the dazzling Christmas streetlights, intent on making life as awkward as possible for the hapless shop assistants in their paths. Now call me a masochist, but I really quite enjoy these strange interactions with these mythical beasts, mainly because it gives me a chance to gush about brilliant books, or conversely steer them on the sometimes safer course of a gift voucher, avoiding the inevitable conversation:

What type of books do they like to read? Don’t know, just thought I’d buy them a book.

What was the last book they read? See above.

Do they have any particular interests?

Actually this last question often proves to be the most interesting, as I have sold copious amounts of books on whittling, trains, animal husbandry or the Kama Sutra on the back of this one, fervently hoping the last two interests were not connected. Ho ho ho…

November has been a glorious mash-up of weirdness as far as my reading has been concerned, so while it has been my normal lacklustre performance in actually writing reviews, I have read oodles of books. So four reviews posted-

Margaret Millar- Vanish In An Instant

Chuck Caruso- The Meaning of Blood and Other Tales of Perversity

I’ve also read this little bevy of beauties too, all of which I bought, as book bloggers do buy books too you know!

It goes without saying that I am an ardent fan of all things raven related, and so reading the excellent The Ravenmaster by Christopher Skaife was a tremendous source of pleasure. What I love about this book is that Skaife could just as well be sat next to you in the room, just shooting the breeze about his singularly different and totally fascinating job. Laden with interesting historical detail, accounts of Skaife’s exploits in his previous army career, and if course th ravens themselves, this is a joy!

Stick Together by Sophie Henaff, is the brilliant follow up to The Awkward Squad, which introduced us to the chaff of the French police service, transplanted into one investigation unit full of misfits, overseen by the eminently more sensible, though formerly trigger happy, Commissaire Anne Capestan. I love this collection of disparate souls, from there first outing solving cold cases, and now thrust into the limelight of a particularly baffling murder investigation. Fast, furious and funny.

Keigo Higashino’s The Newcomer, features Detective Kyoichiro Kaga of the Tokyo police department, who is a curious blend of Columbo and the Dali Lama. Formed as a series of vignettes into local residents and tradespeople’s lives, Kaga drifts in and out of each story, uniting families, and spreading benevolence, whilst chipping away at his investigation, with his slightly distracted air. I really enjoyed the interplay between Kaga and the community, and also the sweet moments of extreme poignancy that suddenly drop into the narrative. Strange, beautiful and highly recommended.

I can’t believe how long Back Up has languished on my TBR pile, as this tale of rock ‘n’ roll and murder by Paul Colize was just brilliant from start to finish. As members of a sixties rock band start to meet their deaths in troubling ways, the story criss-crosses between past and present, weaving their story with a mysterious man hospitalised with locked in syndrome. The evocation of one of the most important periods in the development of popular music was perfectly depicted, with numerous references to the known and lesser known artists of the period, in addition to the cleverly crafted murder mystery that lies at the heart of it. Colize’s characterisation, and expression of the strengths and weaknesses of the human psyche was never less than masterful, and the sinister undertones of the reasons for the self destruction of these young men was truly chilling. Excellent.

Last, but not least, is Adam Sternbergh’s The Blinds with a double recommendation from a bookselling colleague and a fellow blogger Mrs Peabody . Set in a small Texan community in the middle of nowhere, the inhabitants of which have their own disturbing criminal back stories, a murderer is loose and unlike a traditional murder mystery the suspects seem innumerable. The members of this unique community have opted in to an experimental programme, where memories of their previous crimes have been erased, but all with the knowledge that if they leave The Blinds they will most likely turn up dead. Not only has Sternbergh delivered a singularly different premise for a crime thriller, but the level of tension and shock reveals he injects is absolutely compelling. With a broad spectrum of characters who you will like, despise, pity, or empathise with in equal measure, this has to be one of the most unusual thrillers I have encountered. There’s a slight whiff of Stephen King about the main set-up, but Sternbergh easily proves himself equal to the master, and if you’re looking for crime writing with a difference, this is the book for you. Loved it.

And so I am almost up to date, as the hurly burly of Christmas in retail descends. Now I just have to make a decision on my Top 10 of the Year- never an easy task- but all will be revealed at the close of December as I may not have even read my favourite book of the year yet….