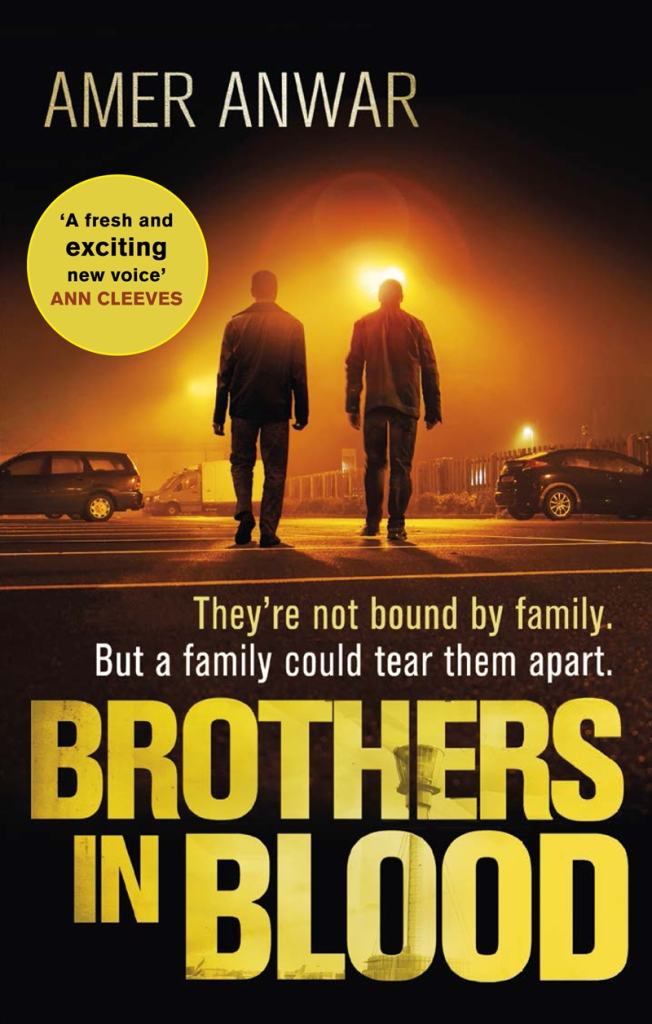 WINNER OF THE CWA DEBUT DAGGER

THE MUST READ THRILLER OF 2018

A Sikh girl on the run.
A Muslim ex-con who has to find her.
A whole heap of trouble.

Southall, West London. After being released from prison, Zaq Khan is lucky to land a dead-end job at a builders’ yard. All he wants to do is keep his head down and put the past behind him.
But when Zaq is forced to search for his boss’s runaway daughter, he quickly finds himself caught up in a deadly web of deception, murder and revenge.
With time running out and pressure mounting, can Zaq find the missing girl before it’s too late? And if he does, can he keep her – and himself – alive long enough to deal with the people who want them both dead?

“An engaging hero, a cunning plot, and a fascinating journey into Southall’s underworld. We’ll be hearing a lot more from Amer Anwar.”

“A fine debut novel. With his engaging characters and skilful plotting, Anwar brings a fresh and exciting new voice to the genre.”
– Ann Cleeves 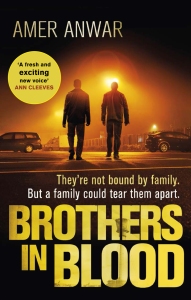 Winner of the CWA Debut Dagger Award, Brothers In Blood marks the start of an incredibly promising crime thriller writing career for Amer Anwar. This one of the most vibrant and edgy crime thrillers I have encountered for some time. From the very start of the book, I was completely immersed in the trials and tribulations of central protagonist Zaq Khan, who through the fickle finger of fate finds himself entangled in a very dangerous situation indeed. Subject to blackmail and intimidation, he is tasked with uncovering the whereabouts of his boss’s errant daughter, Rita, who has ostensibly run away from an impending forced marriage. Finding himself at odds with his boss, Rita’s two meat-headed brothers, and ghosts from the past seeking to inflict some serious physical damage upon him, Zaq needs to be resourceful, cunning and more than a little devious to survive this trial by fire…

Zaq is a truly likeable and engaging character, who immediately gets the reader on side with his mix of easy humour, craftiness, and genuine good guy demeanour. Anwar instils him with a honesty and charm that has you rooting for him from the outset, as pressure is brought to bear on him from all angles. He’s fast-talking and quick thinking, and despite the hole he finds himself in does not lose his keen sense of morality to extricate Rita, and by extension, himself, from a nasty situation.  I loved his interactions with his best mate Jags, and the solid camaraderie that exists between them, despite the twist in fate that sees their lives having progressed on two very different courses. I also admire Jags’ natural ability to act as a second mother to Zaq in terms of tea-making and painkiller providing as his mate gets into a succession of scrapes, and is always happy to play second fiddle to Zaq’s suicidal plans. This has to be one of the greatest friendships forged in crime fiction, and is a constant source of delight throughout. Anwar’s band of bad boys, out for Zaq’s blood are equally well depicted, slow, dull-witted, and handy with their fists, and allowing for some exciting and very well written fight scenes, where there is a realistic and palpable pain. There’s nothing worse than a fight scene where everyone is seemingly unmarked by the experience, and boy, does Zaq take some punishment.

Set around the environs of Southall and its Asian community, the life, colour, languages and atmosphere of this area shines through Anwar’s depiction of its inhabitants. The sights, sounds and delicious aromas of the area bring a vibrancy and liveliness to his descriptions, and gives the reader a real sense of the connections between our main protagonists and their community. The plotting is assured, and I liked the way that Anwar leads us in a seemingly linear direction, which is entertaining enough, but then pulls a couple of startling revelations that take the story in a different direction indeed. The pace is perfectly controlled, and I genuinely found this incredibly hard to put down, as it is punctuated by a glorious mix of fast visceral action, a dash of heart-warming interactions, a further sprinkling of violence and chicanery, and then a steady build up of misdirection to an exciting, and not altogether predictable ending.

I absolutely loved  Brothers In Blood, and having become a little jaded with the British-set crime thriller scene of late, this gave me a right old flying by the seat of my pants reading experience, which seemed fresh and exciting. A cracking new voice on the thriller scene, and yes, I can’t wait to see what Amer Anwar produces next. Pure brilliant and highly recommended. 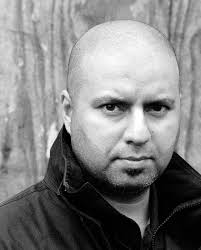 Amer Anwar grew up in West London. After leaving college he had a variety of jobs, including; warehouse assistant, comic book lettering artist, a driver for emergency doctors and chalet rep in the French Alps. He eventually landed a job as a creative artworker/graphic designer and spent the next decade and a half producing artwork, mainly for the home entertainment industry. He has an MA in Creative Writing from Birkbeck, University of London and is a winner of the Crime Writers’ Association Debut Dagger Award. Brothers In Blood is his first novel. For everything else, he has an alibi. It wasn’t him. He was never there.