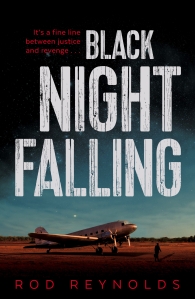 Having left Texarkana for the safety of the West Coast, reporter Charlie Yates finds himself drawn back to the South, to Hot Springs, Arkansas, as an old acquaintance asks for his help. This time it’s less of a story Charlie’s chasing, more of a desperate attempt to do the right thing before it’s too late…

The Dark Inside from debut author Rod Reynolds, was based loosely on the events surrounding The Texarkana Moonlight Murders of 1946, where young couples were singled out at a local courting spot and brutally attacked. The Texarkana Phantom, as the killer was dubbed, killed five people and assaulted three more, but evaded apprehension, with the killings stopping as quickly as they had begun. With this as the central premise for the story,  Reynolds took us on an atmospheric, clever, and entirely plausible trip into a small community racked by fear and suspicion. Black Night Falling picks up the story just a few months on from the harrowing events of the first book featuring stoic reporter Charlie Yates, and there is more darkness in store…

Once again, Reynolds completely immerses us in the world of 1940’s America, incorporating insights into the American psyche, and referencing returning servicemen from World War II. Reynolds’ attention to the detail of the period is again completely on song, and the intense heat of his chosen location of Texas shimmers and scorches alongside the emotional intensity of Yates’ troublesome investigation. Particularly effective is Reynolds’ depiction of this small community of Hot Springs, with its local commerce being driven by corrupt local figures, and the mostly illegal activities of gambling and prostitution, allowing him to insinuate real life gangster figures into the plot, that are immediately recognisable to the reader. Also by placing Yates in this inward looking and suspicious community, it allows us to acknowledge for ourselves, the frustration and danger that he encounters in his search for the truth behind his friend’s untimely end.

Charlie Yates, our dogged reporter is once again bestowed with a real core of morality, and again Reynolds makes full use of his  character pivoting between outspoken arrogance to moments of extreme self doubt and emotional vulnerability. As in The Dark Inside, Yates must use all his guile and powers of investigation to navigate his way between local law enforcement, the press, and the mayoral head honcho, assimilating, disregarding, or challenging their versions of events at no mean danger to himself. As much as Yates is fed false leads or incomplete information, we as readers are also constantly questioning the veracity of the information he receives, and playing the who’s the good guy, who’s the bad guy, game as the plot progresses. With Yates being so firmly front and centre of the plot, Reynolds’ cast of supporting characters are something of a conduit or mirror for his actions, but there is a good array of ne’er-do-wells, tarts with hearts, unlikely good guys, and a thoroughly pernicious killer at the heart of the story to keep you hooked. Admittedly, I am still a little unconvinced by the depiction of Yates’ personal life, and the slightly clichéd drawing on this in the plot to manipulate Yates’ actions, however, when book focuses purposefully on Yates’ dogged determination to track a killer and expose corruption, Reynolds keeps a realistic and tight rein of the unfolding plot. With The Dark Inside and Black Night Falling being so closely interlinked, Reynolds does endeavour to reference the first book in the second as Yates’ investigation has the overarching echo and ramifications of previous events, but I would urge you to read both books in quick succession, to fully appreciate the symbiosis of the two books, as sometimes the links between the two lose a little of their power in the reliance on sporadic back story.

When I reviewed The Dark Inside I said I was delighted to hear that there was a sequel in the offing, and more than happy to say that Reynolds has come up trumps again. Read both- you won’t be disappointed.

(With thanks to Faber for the ARC)

Catch up with, or continue to follow the blog tour at these excellent sites: 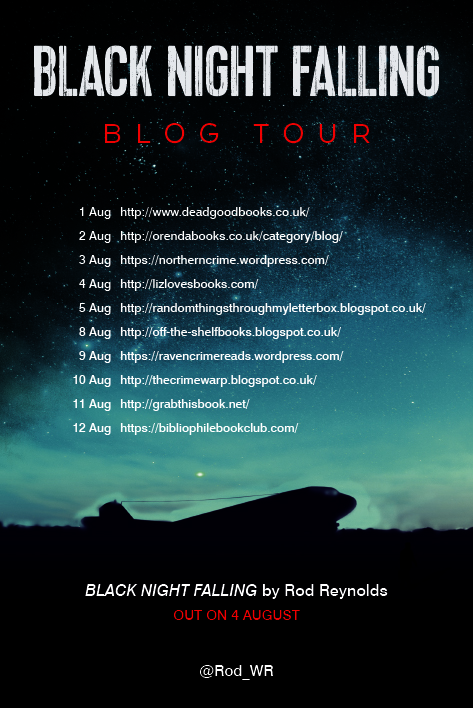