Aside from a nasty viral thingummy afflicting the Raven last month, luckily it did not affect my reading too much, so a not too shoddy 11 reviews posted, and some in reserve for December. I actually really enjoyed my reading this month, as it was a good mix of debut and established writers, and a variety of locations and styles. Also, after my wee moan last month at the crime dramas on British TV, my mood was lifted considerably by the return of Scandinavian treat The Bridge, and the truly excellent London Spy which is both compelling and beautifully acted and filmed. To lift the spirits even further Luther is back on the BBC on the 15th December. Swoon….

Well silly season is now upon us, so after a pretty impressive book tally in November, December may be a bit more sporadic thanks to the demands of working in retail at Christmas. I’m taking part in a blog tour in conjunction with the marvellous The Booktrail  which will feature some cracking crime books across a host of blogs, so keep an eye out for that. Also, 2016 is knocking at the door, with an influx of next year’s releases plopping through the door, so every moment not spent recommending and selling books to harassed Xmas shoppers, will be spent reading as much as physically possible! Oh, and how could I forget? My Top Five Reads of 2015 beckons- best put my thinking cap on… 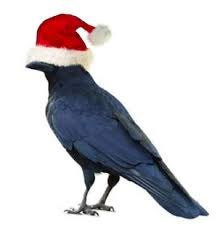 Have a great month everybody. Ho, ho, ho and all that!

Matthew Frank- If I Should Die

Raven’s Book(s) of the Month

An incredibly tough month to pick from, with many of these appealing to me in different ways. So very honourable mentions to two of my favourite writers Mari Hannah and Luca Veste for keeping the British police procedural and thriller genre so vibrant and engaging with The Silent Room and Bloodstream respectively. Thanks to Hugo Wilcken for stretching my little grey cells with The Reflection, to Barbra Leslie for the kooky high octane Cracked, and loved the Gothic intensity of Alice Thompson’s The Book Collector– great cover too! 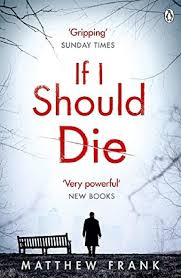