After having reviewed 100+ books here at Raven Crime Reads during 2013, it has been no mean feat to whittle the list down to the customary Top 5 reads of the year. I have been transported across the globe, through many different timelines, with a whole array of interesting and unique detectives and criminals alike, with some great discoveries along the way.

Thanks to my many, many Raven Crime Reads visitors- I hope you have discovered some great books on your trips here this year!

I wonder what criminal delights next year will bring?

In a year of fantastic American fiction I was delighted to discover Charles Salzberg’s extremely well-controlled multiple voiced Devil In The Hole, Carla Norton’s affecting tale of life after abduction, The Edge of Normal , Suzanne Rindell’s Fitzgerald-inspired The Other Typist, and John Mantooth’s lyrical The Year of the Storm,  which all, metaphorically at least, blew my socks off!

There were European delights aplenty in the shape of Alexander Soderburg’s The Andalucian Friend, Steffen Jacobsen’s Camorra-inspired When The Dead Awaken, Massimo Carlotto’s At The End of a Dull Day, Mark O’Sullivan’s Crocodile Tears, and the breath taking Game Trilogy- Game, Buzz and Bubble– from Anders de la Motte, but I could go on..and on…and on…such was the quality of this year’s reading… 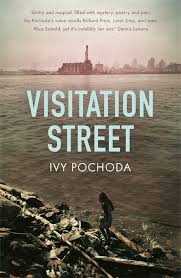 Ivy Pochoda weaves a multi-layered narrative, perfectly constructing the lives of this run-down Brooklyn community and the minutiae of their personal troubles. Each character is filled with a vibrancy and clarity of depiction, that truly reflects the socio-economic pressures of life within their community, be they a humble store owner, a struggling music teacher or a youth attempting to rebuild his life in the shadow of past sins. A compelling and beautifully written mystery that kept me hooked.

To simply label Ostland as a crime thriller would not only do a great disservice to the sheer power and scope of this novel, but would in turn devalue a book that truly encompasses the very best elements of both the crime and historical fiction genres. With its skilful melding of both the hunt for a serial killer and the unflinching depiction of the atrocities of The Final Solution, this is a novel that unerringly stimulates the thoughts and emotions of the reader, compounded by the harsh realities of human history that form its foundation. A mesmerising if unsettling read.

The mean streets of Liverpool loom large in this, the first, of a projected series featuring Kevin Sampson’s newest creation DCI Billy McCartney- a veritable conundrum of a character that you are guaranteed to love or loathe in equal measure. Opening with the discovery of a mutilated body exhibiting all the hallmarks of a gangland hit, the reader is instantly transported into a dark and gritty read that makes you feel positively grubby, but in such a good way…

Every so often a crime thriller comes along that leaves you breathless and takes you on a disturbing journey into the darkest recesses of human experience- Alex is one such book and you are guaranteed a tale of the unexpected from start to finish. With its mesmerising female protagonist, and unique detective this is an absolute gem of a crime novel that is wonderfully dark, scary, mad, bad and dangerous to know, but just far too good to miss…

From the first few pages, I was totally immersed in the life of Sheldon Horowitz, our curmudgeonly hero of the piece: a man haunted by the ghosts of his former life and coping with the daily frustrations of growing old. From the synopsis, it is impossible to harness all the themes and subtlety of prose that this book conveys to the reader. On one level, not only does the book contain all the quintessential elements of a Scandinavian crime novel, it also encompasses the Korean, Vietnam and Balkan conflicts, and on a more emotional level, presents a poignant and meditative examination of aging and regret, that unusually for this cynical reader, really touched me, engaging me even more with the characters and the multi-faceted plot. A book that still strays into my thoughts, and my pick of the year…