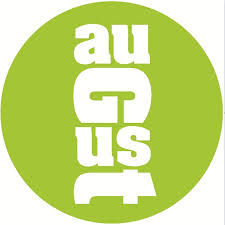 Well, another full-on month of crime reading, and what a purple patch it has been with a widely different selection books in terms of period, location and means of investigation. My August Challenge proved to be tricky but quite pleased with the number of titles I did actually manage to read! Now I am back in the world of work which will limit my reading time somewhat, but I will endeavour to bring you as many books as I can in September, which will no doubt be filled with further little gems for you….

Pieter Aspe– The Square of Revenge

Chris Carter– One By One

Luke Delaney– The Keeper/Redemption of the Dead

Charles Salzberg– Devil In The Hole

RAVEN’S BOOK(S) OF THE MONTH

In terms of my best read of the month I would be hard pushed to choose between William Shaw with his brilliant  debut A Song From Dead Lips which was both entertaining and thought provoking in equal measure with its wonderful depiction of sixties London, and Charles Salzberg for Devil In The Hole  which exhibited an exceptional control of characterisation and pace throughout, carefully fictionalising a real life murder case.  Two wildly different reads that both appealed to the Raven very much indeed for decidedly different reasons…

I also had the pleasure of submitting some questions to Kathy Reichs to mark the release of Bones of the Lost  An Interview With Kathy Reichs , marked the launch of Black Mask Goes Digital and welcomed not only a new crime drama What Remains but also looking forward to the return of Whitechapel…

Also this month the Crime Writers’ Association announced the shortlists for the remaining three CWA 2013 Daggers. The eventual winners will be revealed on 24th October, at the Specsavers Crime Thriller Awards 2013.

The shortlisted authors are:

For the CWA John Creasey Dagger:
Hanna Jameson for Something You Are  (Head of Zeus)
Malcolm Mackay for The Necessary Death of Lewis Winter  (Mantle)
Derek B Miller for Norwegian By Night. (Faber and Faber)
Thomas Mogford for Shadow of the Rock (Bloomsbury)

And now to September…