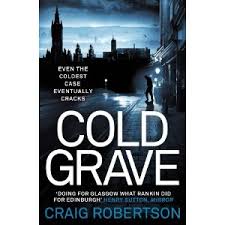 A murder investigation frozen in time is beginning to melt. November 1993. Scotland is in the grip of an ice-cold winter and the Lake of Menteith is frozen over. A young man and woman walk across the ice to the historic island of Inchmahome which lies in the middle of the lake. Only the man returns. In the spring, as staff prepare the abbey ruins for summer visitors, they discover the body of a girl, her skull violently crushed. Present day. Retired detective Alan Narey is still haunted by the unsolved crime. Desperate to relieve her ailing father’s conscience, DS Rachel Narey risks her job and reputation by returning to the Lake of Menteith and unofficially reopening the cold case. With the help of police photographer Tony Winter, Rachel prepares a dangerous gambit to uncover the killer’s identity – little knowing who that truly is. Despite the freezing temperatures the ice cold case begins to thaw, and with it a tide of secrets long frozen in time are suddenly and shockingly unleashed.

After the intensely hard-hitting novel ‘Random’ featuring a serial killer in Glasgow, Craig Robertson is compounding his place in the Scottish fiction crime genre with this second novel (the follow-up to ‘Snapshot) featuring the police scene of crimes photographer Tony Winter. In this novel there is a subtle shift slightly away from Tony to the main police protagonist D.S. Rachel Narey who has her own particular relationship with Tony but is characterised as an exceptionally focused and, for the most part, by the book police officer. However, what Robertson captures brilliantly in this book is the impact of her father’s (himself a former police officer) Alzheimer’s which colours her actions throughout, both as a police officer and a daughter, being emotionally wrought by the deterioration of her father but with a single-minded determination to bring his last unsolved murder case to a conclusion which has always been the chagrin of his life post-police. This unsolved murder case forms the basis of the book, leading Rachel to operate outside her usual moral and professional boundaries to attain justice for the victim and to put to bed this case that has so haunted her father and to what extent this case impacts on her other personal relationships. It’s emotional stuff and despite my usual scepticism of a male author being able to effectively characterise women, Robertson accomplishes this with aplomb. This story is balanced effectively with the Tony and Uncle Danny show as they become involved in a connecting story line involving a community of travellers with a nicely balanced injection of humour amongst the bloodletting and counterbalanced again by Tony’s dark preoccupation with the photographs he takes for his day-job and that pervade his psyche. You certainly get a full quota of human experience in this one!

I will finish by saying that as a reader and a bookseller, the delight about Robertson is the way he slots in so neatly between the more visceral and blackly funny Stuart Mac Bride and the generally safer confines of Rankin’s ‘Rebus’, so what you get is a good solid police procedural underpinned by a more adept feeling for the realm of human relationships and the darker recesses of the human psyche.

(Thanks to Simon and Schuster for the advance reading copy)